I had been toying with the idea that, to split a file on my hard-disk, I have to read and write to a new file and then truncate the old file. But isn't it lots of unnecessary I/O. I already have all the data on disk. I should be able to change the meta-data alone and mark the file contents after some length as a different file.

So during this hackweek, I implemented 2 system calls on Linux, sys_split and sys_join. And added support for these calls to the FAT file-system. http://lkml.org/lkml/2010/6/9/200 With this patch one can split a file into 2 or join 2 files without doing much I/O!

Why FAT?
Normally creating a new file and then truncating a file approach, needs temporary free space as well. I once had a need to split files when there was no free space available. On advanced filesystems, sparse-file support(i.e., files with holes) helped. But FAT does not support sparse files. Also I wanted these to work on thumb drives which are mostly formatted as FAT32.

SLE11 SP1 release
This Hackweek was scheduled to follow the release of SLE11 SP1. And all the Bangalore employees, who worked for SLE11 SP1 were given a portable 160 hard-drive as a gift in the middle of hackweek. The transcend disk has a one-touch back up button, which works to sync selected folders, using a proprietary software available only on Windows. No support in Linux or Mac. 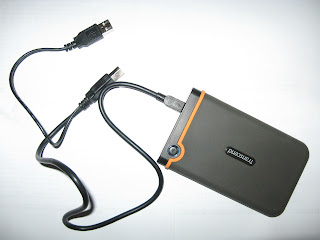 I thought, if the button press could be detected, I could use it to unmount the disk! So I set out to reverse engineer it. Usbmon + KVM + windows XP. Got the usbmon traces. I was expecting to see a simple Interrupt endpoint. But it was a bulk end-point only interface. And the software was continuously polling to get the button status. It was quite interesting to decipher the USBS and USBC's, but the SCSI/ATAPI payload had an unknown command DFh. And I assumed that by sending the command, if a button had been pressed in between, I would get a different value. And was trying hard for hours. But failed. Then took few more traces using Windows. Tried hard. When I almost gave up, I found couple of return bytes slightly different! Voila. The return value is different, only if the button is held down during the command. Now, I have a script to sync/unmount with a one-touch button! If you have this device, you can modify the script to do what ever you want it to do. Let your creativity flow freely.
Posted by Nikanth Karthikesan at 4:38 pm

I can understand that u did something great to reduce I/Os. But I dont even know wat is FAT and FAT32, etc....

Wow, I have learned something new today. Thank you for your article. This really great. Your blog looks really nice and I've found all the articles very interesting. As I'm progressing on the internet and all the stuff you need to know about computers, software and all those things you need to know. I'm going to find out more about FAT because I have came to the same problem of splitting a file and I was stuck. Didn't know what to do next.

Thanks again for this brilliant article.